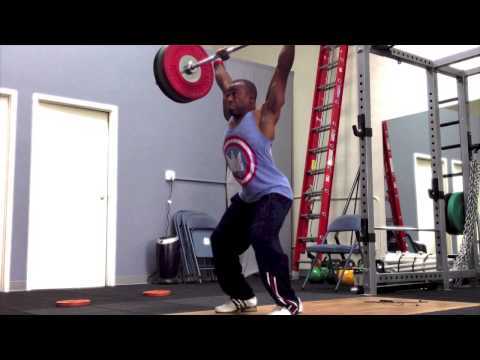 "The first song was "hold ya head" by Kevin gates" 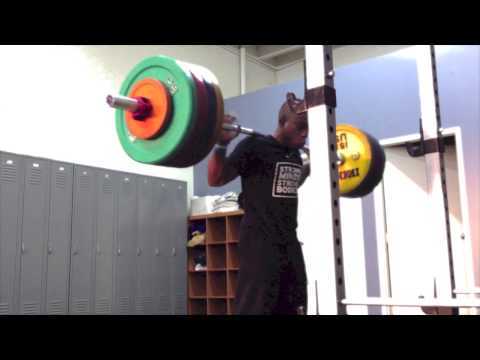 "Overall strength in each lift is getting better, and from doing a lot of trigger point therapy positions are easier to maintain and get into. " 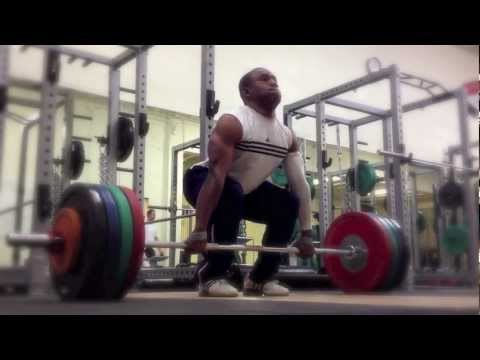 "I can't wait to get back on the platform" 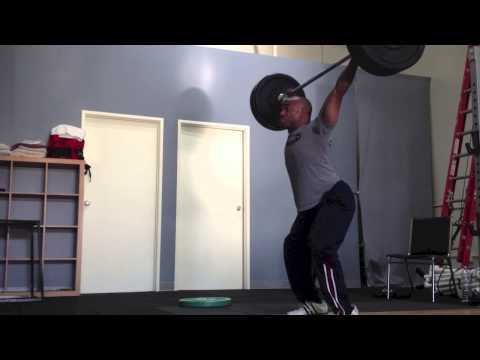 "Check out more about the gym at www.AFPCenter.com" 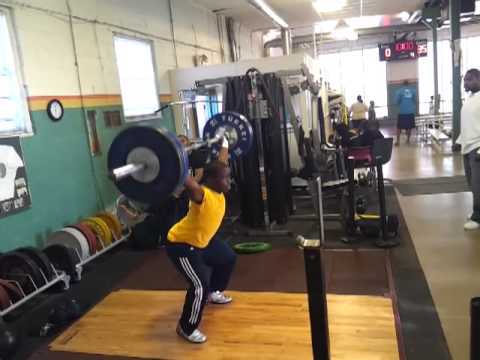 "This was his last set, he did 6 sets total for 3 reps and on each set he increased the weight. " 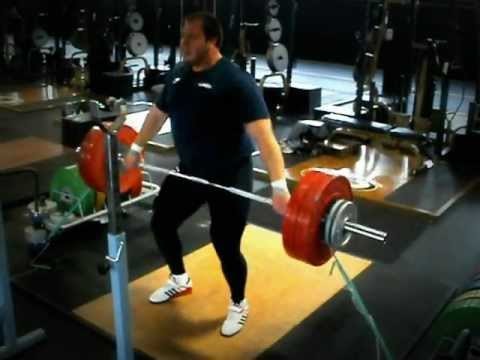 "He won the 2011 Pan American Games in the super-heavyweight division.  " 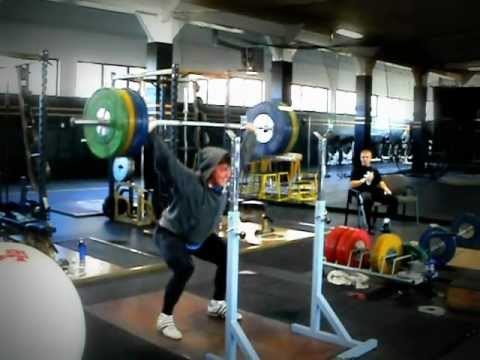 "This exercise is only high risk when the person that is teaching the athlete does not have the ability to teach it. The same also goes for coaches trying to teach Olympic lifts that have no business teaching them, at the end of the day you have a…" "We just use split clean as an assistance exercise to improve the technique for the cleans and also to work on the jerk footwork. "

As an Olympic coach Derrick Johnson will produce weightlifters that will win national team and individual titles to go along with being selected to international teams representing their respective countries. As a strength and conditioning coach Derrick Johnson will implement his skills as an Olympic weightlifter to make athletes more explosive, and stronger while focusing on faster movements. Through extensive research Olympic weightlifters have shown that they are more explosive and powerful when compared to other athletes!

Derrick Johnson began coaching Olympic when he was 19 years old at Lift for Life Gym located in the city of St. Louis. He was named the head coach at the age of 23, he has produced national champion weightlifters, and his lifters currently represent the United States on international teams. He is also an active Olympic weightlifter who holds American records, national championships, and he came in 10th at the Olympic Trials in 2008. His goal is to make the 2016 Olympics held in Brazil. At the age of 24 he was named the head coach of the Olympic weightlifting team at Lindenwood University, which is the only program in the United States that gives scholarships to weightlifters all around the world. In its first year of 2010 his team finished in 2nd place at the National Collegiate Championships. Derrick Johnson began training fighters in 2010 at the H.I.T. Squad (Matt Hughes & Robbie Lawler's gym) to help them become better athletes and better conditioned when they are in the cage fighting. Was awarded the 2010 Developmental Coach of the Year for USA Weightlifting by the United States Olympic Committee (USOC). In 2011 Derrick Johnson put together the strongest team in American as they went on to win the men's American Open team title.

Derrick Johnson graduated from Lindenwood University with a bachelor of science degree in Political Science.

Derrick Johnson graduated from Lindenwood University with a bachelor of science degree in Political Science.