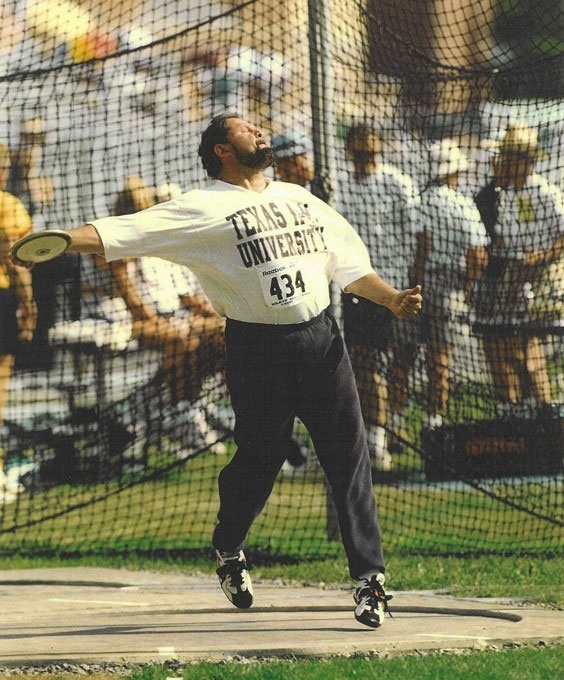 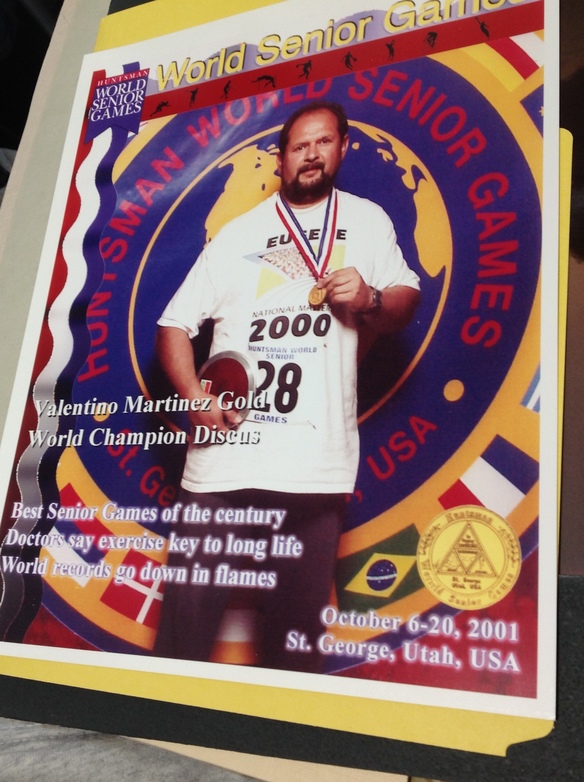 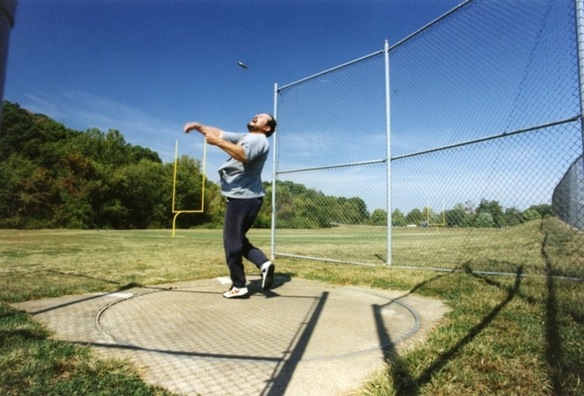 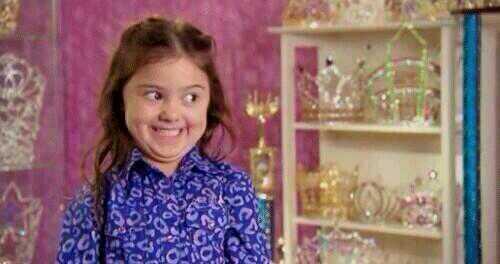 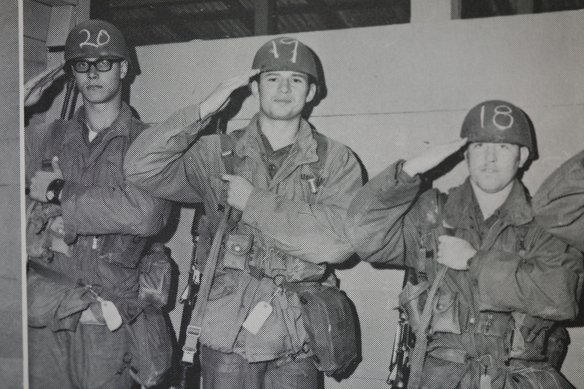 This pic was taken just before we all entered the TEAR GAS ROOM...where we were "GASSED". Seriously one of the worse days of my life. Thought my insides were…" I've chased Goliath and have bested him; and him me. And I go on to challenge Goliath.

And I practice and practice some more just to meet Goliath on his terms...and I will win. And I have won....

And it is glorious.…" In HS I broke a New Mexico State Discus Throw record that stood for 17 years. My record stood for…" "One of my proudest moments in my athletic competition was winning the Discus Throw for 50-54 year old Men in September 2000. I had a not-so-good performance that summer at the Masters National Track & Field Meet, poor distance and too many…"
More…
Loading ...

A proven industry leader defined by quality, inclusive of diversity, in such recruitment environments as: aerospace, agriculture, advertising, food, pet food, biotechnology, pharmaceuticals, defense, chemicals, manufacturing, computers, communications, education, engineering, military, not-for-profit community based organizations, corrections (prisons), rehabilitation, transportation, training and government--all comprise Martinez’s front-line, hands-on, and managerial experience base for the past 37 years. As a recruiter, recruitment manager, and recruitment consultant, Martinez facilitated and continues to influence the hire of thousands of quality professionals in a broad array of disciplines. From Astronaut, to Top Gun fighter pilots, design engineers, programmers, buyers, toxicologists, agronomists and veterinarians; to MBAs, sales and marketing professionals, senior management and more. Martinez led the staffing effort for the largest defense contract in the history of defense programs, in the 1980s, the $20.8 billion B-1B Bomber Program. As a recruiter, project manager and, eventually, staffing manager he played a lead role in facilitating the recruitment and hire of 5,421 highly talented professionals in a record twelve-month period. Initially hiring production manufacturing expertise, then on to programmers, and other technical professionals. Martinez was promoted 4 times in first 5 years and was facilitating the hire of Top Secret R&D engineers, mid-level and senior management. Martinez led a history making recruitment team that hired an average of 5,000 high tech professionals per year for three (3) consecutive years at Rockwell International’s North American Aircraft Operations division in Southern California. A feat unheard of and unmatched in any industry, earning him the accolade, in 1988, of “Team’s Top Recruiter,” from then North American Aircraft Division, President, Sam F. Iacobellis (Ret.). Martinez has also distinguished himself in recruitment roles at: the Pentagon for the US Army Officer Personnel Directorate (OPD) later moved to the Military Personnel Center (MILPERCEN), the California Departments of Corrections and Transportation, the Mexican American Opportunity Foundation, Rockwell International NAAO/Boeing, Monsanto Agricultural Company, Pharmacia, Pfizer, Nutrasweet, Golden Products, Dow AgroScience, Ralston Purina, Nestlé, Nestlé Latin America, Nestlé NROC, and Nestle Purina Company. Based on scar tissue and accomplishment, Martinez is considered an authority on recruitment and career trekking. Quoted in the LA Times, the New York Times, the New York Daily News, the Albuquerque Journal, the Wall Street Journal, the College Press, FFA, the Rockwell News and Personnel Journal magazine, Martinez is a featured speaker on campuses and conferences nationally. Martinez graced the cover of Hispanic Times magazine in 1990. In that same year, Hispanic Magazine referred to Martinez as “The Top Gun Recruiter...one of the best in the business,” and in Aerospace Engineering magazine Martinez was called, “the Red Adair of recruiting.” To this end his facilitating efforts and results have garnered him numerous awards and distinctions. Of note are: The 1989, National Employment Managers Associations’ (EMA-now SMA-SHRM) prestigious national Pericles Achievement Award for “outstanding contributions in the field of human resources”; Letters of Commendation from the EEOC-Chairman Tony Gallegos, California’s Governor George Deukmejian, the US Army, the LA Times & the LA Urban League; The Rockwell International NAAO Company Pride Award--1989; WHO’s WHO Worldwide ‘94, The Bravo Award” from Hispanic Times Magazine and the Society of Mexican American Engineers and Scientists--1992; the National Distinguished Service Award 1989; and two prestigious national Awards of Distinction from the Minorities in Agriculture, Natural Resources and Related Sciences (MANRRS) in 1992 and 1995. From 1990 to 1995, Martinez received numerous awards and citations from over 35 top universities and colleges--highlighted by special distinctions from MANRRS student chapters. Nestlé Purina bestowed on Martinez the HR Vision Award in 2006 for Recruitment Excellence. Nestlé presented Martinez with the NROC-Rock of Gibraltar Award for Recruitment Excellence in 2007. Martinez has a BS in History and Cultural Anthropology from Eastern New Mexico University, and a BA in Psychology from the University of San Francisco. Recruitment and University Relations Consultant Recruitment & University Relations Development, Inclusive of Diversity