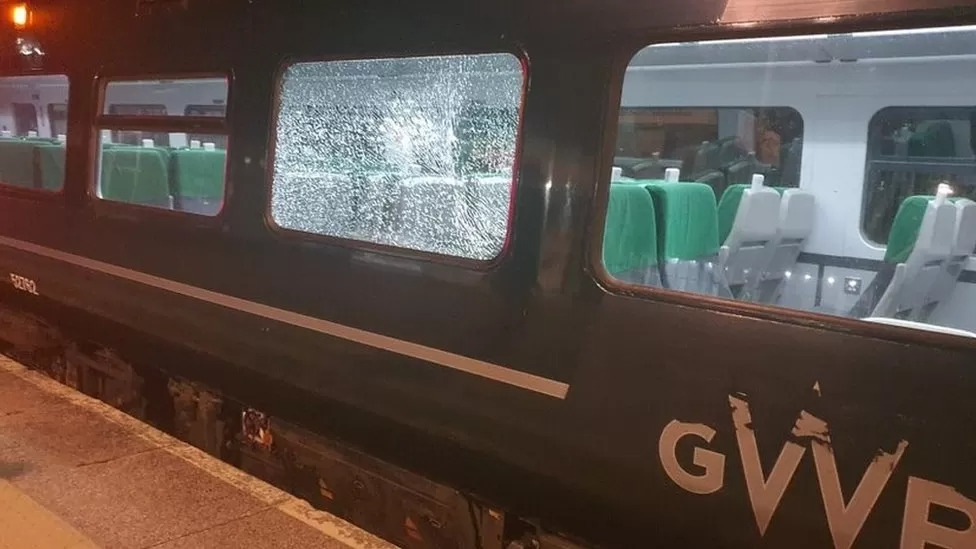 Passengers described seeing flames from the window of their train during an incident which closed the Severn Tunnel.

Some told BBC Wales they heard a "bang" before a carriage window shattered on the journey from Bristol to Cardiff on Wednesday.

The tunnel was closed while the track was inspected.

Great Western Railway did not comment on a fire, but said a fault was being investigated.

Steven Medway said he happened to be looking out of the window as they went through the tunnel, and saw the flames.

"It felt like we had driven through some fire," he said, "we had hit something, and there was a bang, then one of the windows opposite me shattered."

He said passengers where then moved from the carriage by a guard, and the train stopped once it had left the tunnel.

Mr Medway said passengers were told the impact had caused an engine leak, and an engineer had been called from Cardiff.

"It was getting late so I got my wife to come and pick me up," he said, adding they offered a lift to a family who were waiting at the next train was almost an hour later.